I was awarded an all expense paid artist residency in Olot Spain at Faber Residencia D’Arts.Ciencies.Humanitats to participate in their scholars series on RELIGIOUS BELIEFS.

Faber, the Arts, Sciences and Humanities Residency of Catalonia in Olot, is an interdisciplinary space that offers an opportunity of work stays and exchange for writers, translators,artists, scholars and scientists from all over the world with the aim of collecting ideas, opinion trends and concerns of contemporary world and European cultures. It also provides Olot with a communication channel towards Catalonia and the whole world.

In exchange for the gift of time to work on my art project based on the theme of Religious Beliefs I was commissioned to give back to the community with a Land Art project in the local park.

My project is a collaborative textual/print, synthesizing the concept of religion as an under-layer for an over-drawing. Resident Scholars contributed to this layer of the art. The piece will be completed in my studio in the near future and posted when finished. 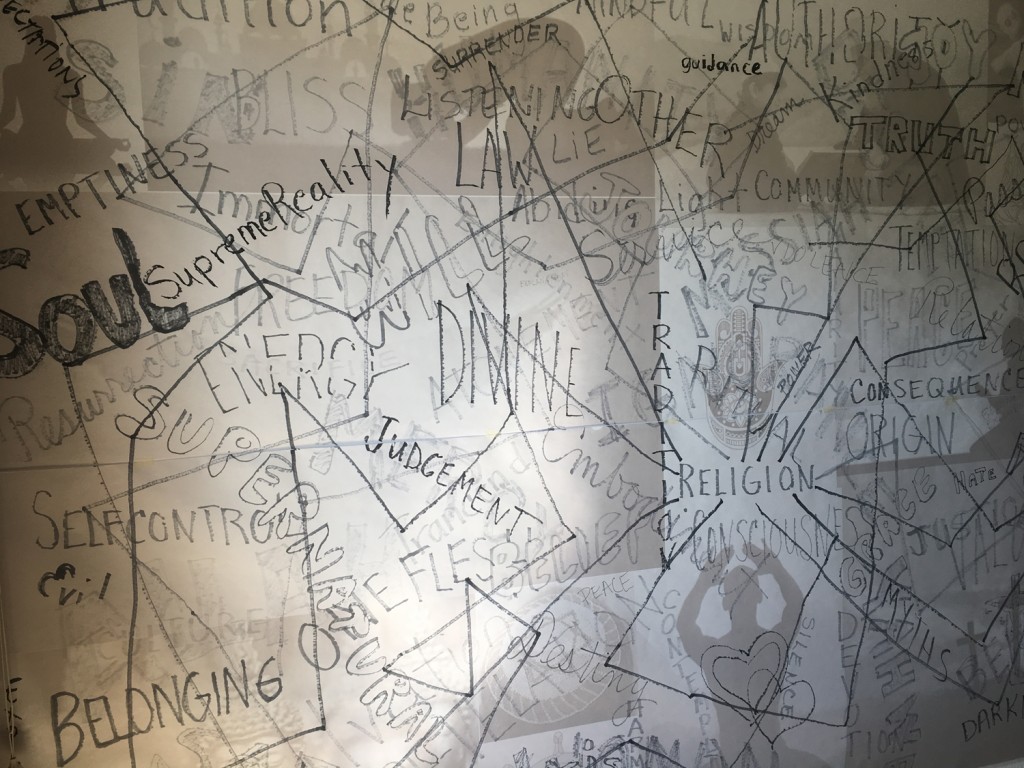